Håkan Hellström, Swedish artist and musician, was appointed Non-Violence Ambassador in 2017.  He unveiled his customized Knotted Gun called ”Peace n Luv” just before his long awaited performance at the Bråvalla festival.  The name of the sculprue has been inspired by is the first song on his seventh album ”Det kommer aldrig att va över för mig”. 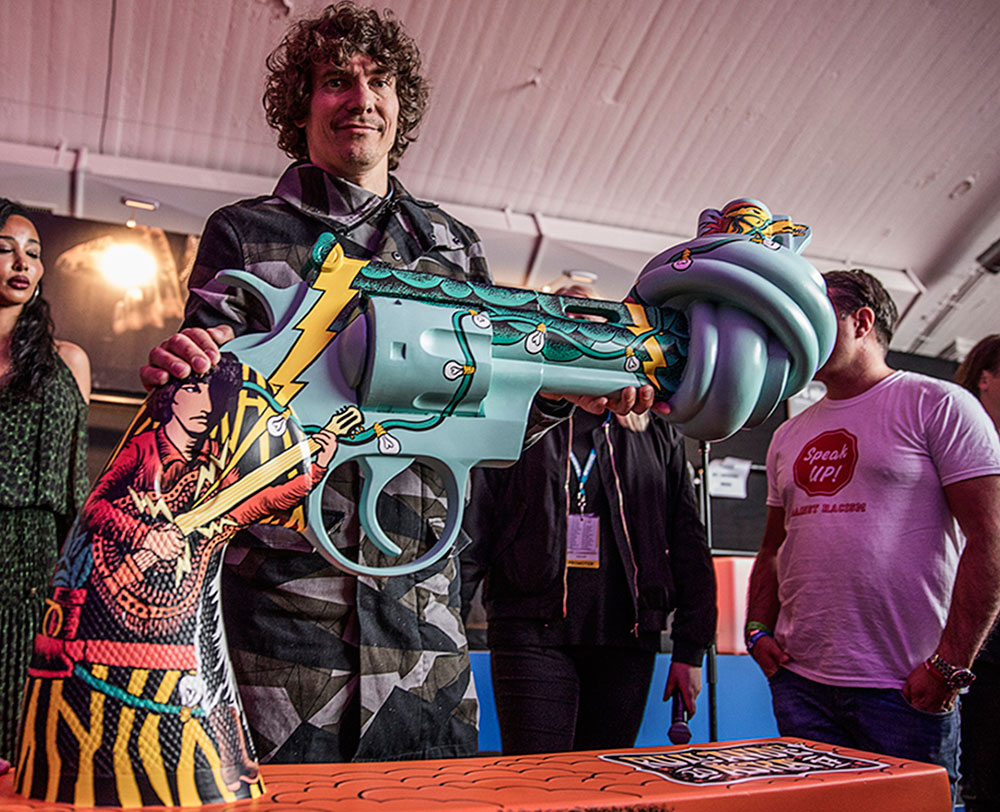