We believe that everybody who has seen or experienced violence for real wants to live a peaceful life rather than a violent one. We believe that you, and everybody else, possess the power to do something great with your life, and to positively affect the lives of the people around you.

The purpose with the Peace Force is to profile real-life experiences of violence at home, school, neighborhood and the street.

Peace Force is here to empower others to live free from violence. We are ambassadors of non-violence and as such we stand up for what we believe in – in a vision of a different, non-violent world for all of us.

Everyone has seen or experienced violence at some point in their lives. By sharing our stories, we hope to give a message to others that you are not alone. That your experiences can also serve as a message, as an inspiration, as an invitation to speak up and stand up to be the force of good in this world.

“I wanted to be part of the Peace Force because I think there is something so powerful about connecting with other people from across the world working towards a more peaceful world.” Temi Mwale, UK, Peace Force

To make it easy for as many people as possible to know about this important topic and share the stories of our Peace Force members Weekday created a film.

We would love if you could join the Peace Force!

Support us by buying one of the Peace Force Collection products to spread awareness about Peace and Non-Violence in your community. Part of the sales goes directly to the foundations global work to educate more young people in how to solve conflicts peacefully without resorting to violence.

Send us an email if you want to know more about what we do and how you can get involved. We envision a world without violence, where a new generation of young people understands how to solve conflicts in peaceful and nonviolent way.

“I was part of the problem, but I was lucky enough to get out and now I want to be able to give back and contribute with my own experiences.” Theodore Niemann, Sweden, Peace Force 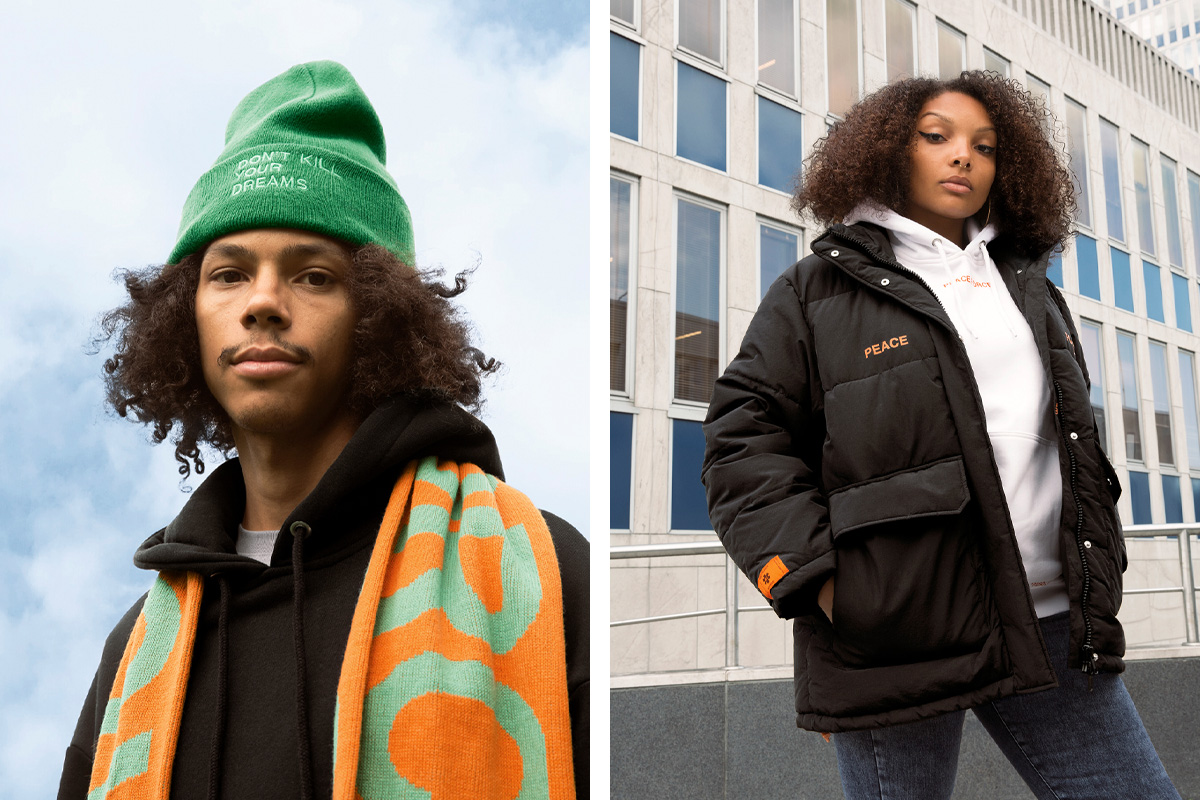 We are proud of the collaboration with Weekday and the initiative to create the Peace Force.

Weekday has initiated the Peace Force network and has also introduced each individual to the Non-Violence Project programs. We hope that the Peace Force will grow strong and continue their important mission in their local communities.

“Non-violence is the end goal. It’s what we’re all working towards.” Saffiyah Khan, UK, Peace Force

Weekday is a Swedish denim and fashion brand influenced by youth culture and street style. Founded in 2002, Weekday currently ships to 18 markets and has stores in 10 countries, offering a unique retail experience and a curated mix of women’s and men’s assortments as well as a small selection of selected brands.

The Non-Violence Project Foundation have up till now educated over 8 million young people, teachers and sports coaches around the world in how to solve conflicts peacefully.